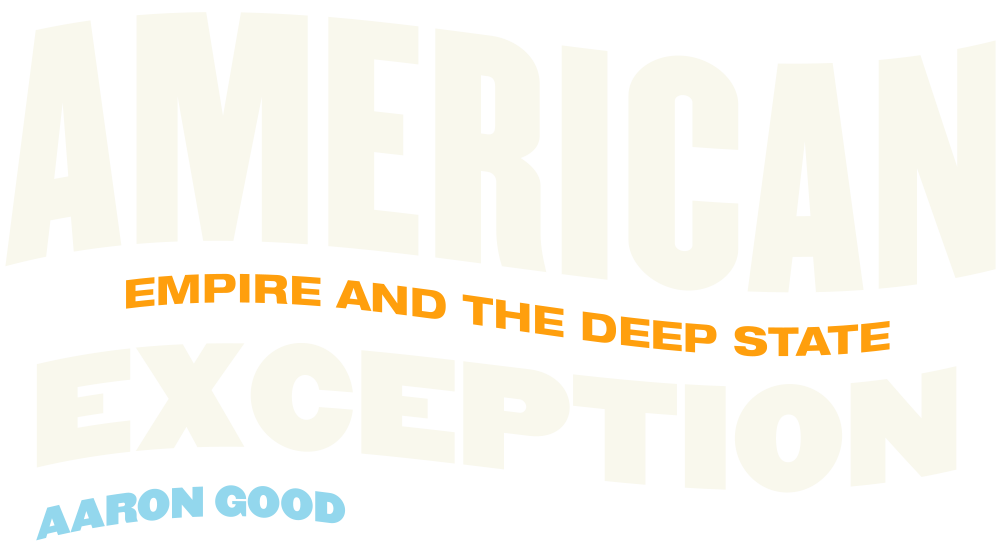 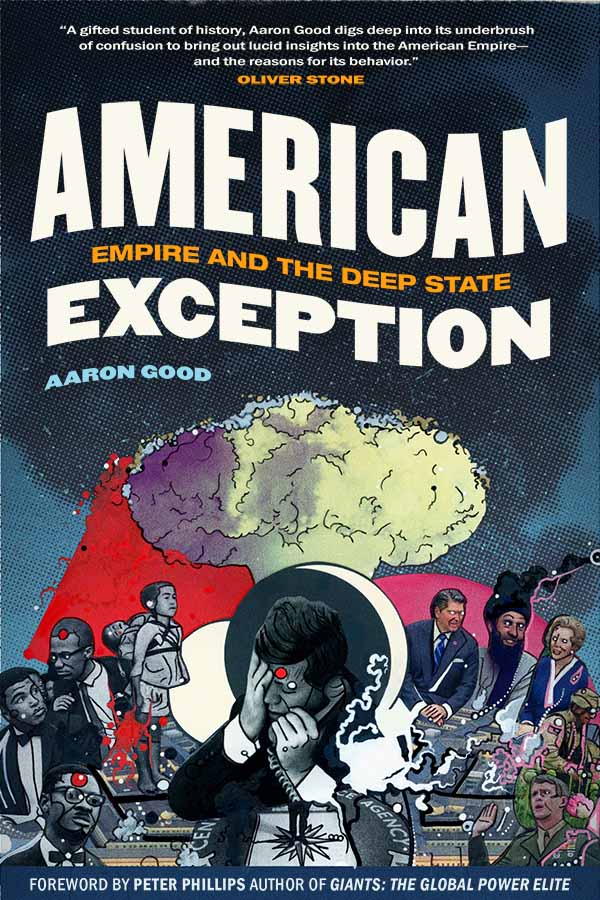 American Exception seeks to explain the breakdown of US democracy. In particular, how we can understand the uncanny continuity of American foreign policy, the breakdown of the rule of law, and the extreme concentration of wealth and power into an overworld of the corporate rich. To trace the evolution of the American state, the author takes a deep politics approach, shedding light on those political practices that are typically repressed in “mainstream” discourse.

In its long history before World War II, the US had a deep political system—a system of governance in which decision-making and enforcement were carried out within—and outside of—public institutions. It was a system that always included some degree of secretive collusion and law-breaking. After World War II, US elites decided to pursue global dominance over the international capitalist system. Setting aside the liberal rhetoric, this project was pursued in a manner that was by and large imperialistic rather than progressive. To administer this covert empire, US elites created a massive national security state characterized by unprecedented levels of secrecy and lawlessness. The “Global Communist Conspiracy” provided a pretext for exceptionism—an endless “exception” to the rule of law.

What gradually emerged after World War II was a tripartite state system of governance. The open democratic state and the authoritarian security state were both increasingly dominated by an American deep state. The term deep state was badly misappropriated during the Trump era. In the simplest sense, it herein refers to all those institutions that collectively exercise undemocratic power over state and society. To trace how we arrived at this point, American Exception explores various deep state institutions and history-making interventions. Key institutions involve the relationships between the overworld of the corporate rich, the underworld of organized crime, and the national security actors that mediate between them. History-making interventions include the toppling of foreign governments, the launching of aggressive wars, and the political assassinations of the 1960s. The book concludes by assessing the prospects for a revival of US democracy.

“A gifted student of history, Aaron Good digs deep into its underbrush of confusion to bring out lucid insights into the American Empire—and the reasons for its behavior. This work again reminds us of the pernicious impact of intelligence and security forces and their role in undermining our integrity as a country.”

“Aaron Good has written a penetrating and highly original study of American exceptionism—the systematic overriding of law, often for the sake of national security. Recognizing that the records-based methods of academic historians are insufficient for an era of covert action agencies and plausible deniability, he surveys facts, normally suppressed, about the increased role of criminality in political activity, citing specifically assassinations, the ‘October Surprise’ of 1968, and the crimes of Watergate. He also critiques and advances on the efforts of previous thinkers like C. Wright Mills to conceptualize what he calls the tripartite state—’comprised of the democratic or public state, the national-security state, and the deep state.’ This is a valuable and much-needed book, an unparalleled synthesis of the emerging new critical perspective on American hegemony.”

—Peter Dale Scott, English professor emeritus at the University of California at Berkeley and author of Coming to Jakarta and The Road to 9/11

“In The Untold History of the United States, Oliver Stone and I countered the dangerous myths of unbridled American rectitude and imperious exceptionalism. In American Exception, Aaron Good takes this a big step further, producing something we might call untold social science, a work that brilliantly illuminates the deep political forces that have animated the American empire throughout its volatile, troubled, and often violent history.”

—Peter Kuznick, professor of history and director of the Nuclear Studies Institute at American University

“Why does the US wage war and project coercive machinations abroad no matter the party leading Congress or the president in office? Good offers a piquant, rich, and memorable answer by excavating the hidden faces of power within the American state—or rather, states, each defined by their embedded interests, public countenance, and corporate stakeholders that operate in the hidden spaces of the national political economy. There is no triumphalist narrative here, only a grim but necessary recounting of how financial and security interests shaped US foreign policy at every turn across the past half-century.”